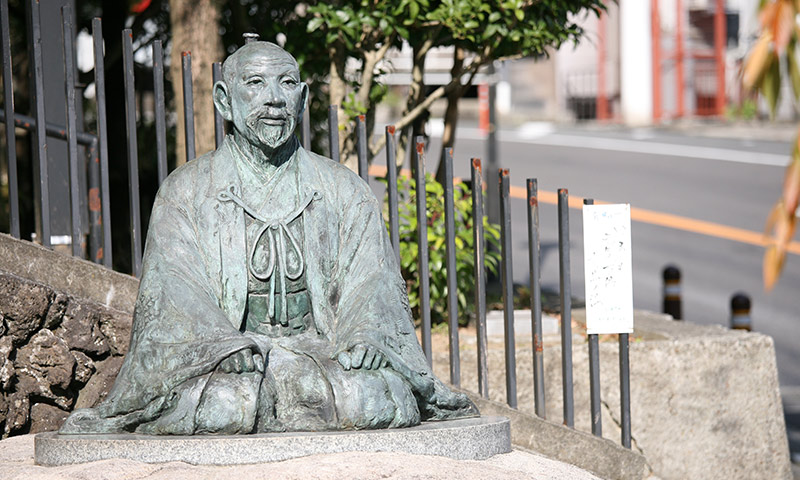 Renowned for its therapeutic baths, the Arima spa resort area is one of the oldest and most prominent spas in Japan. First mentioned in Japan’s oldest history book “Nihon Shoki,” written in 720 A.D., the mineral baths of Arima were popular with Toyotomi Hideyoshi, the feudal ruler who unified Japan in 1590.
He was also called “Taiko” Hideyoshi. This honorific title was given to a resigned Kanpaku, the highest rank of the Emperor’s retainers, and often referred to Hideyoshi since he was quite famous for his success in being promoted from the lowest rank of Oda Nobunaga’s infantry to the Kanpaku.
Thanks to the efforts of Hideyoshi and his wife Nene, the areas of Arima Onsen recovered from the serious damage incurred by repeated disasters such as big fires in 1528 and 1576, a war in 1545, and a major earthquake in 1596. Today, these hot springs continue to be a favorite holiday destination with Japanese and overseas tourists alike.